The Middletown Valley Historical Society resides in this 1840's Stone House along the National Road in historic downtown Middletown, Maryland. The building houses a library and museum to articles that pertain to the residents and history of Middletown. The original stone structure was built by Peter Young after he purchased the original numbered lot #14 in 1820.Through the years the lot and then the house were sold and willed various times. Middletown, Maryland is located on the historic National Road 9 miles west of Frederick, 20 miles East of Hagerstown (and nearby Antietam Battlefield), and

​mere moments from South Mountain Battlefield. During the Civil War both armies passed through the town to the various battles in the area and Middletown opened its churches and homes to the wounded. Beginning as a settlement in 1767 originally named "Smithfield". 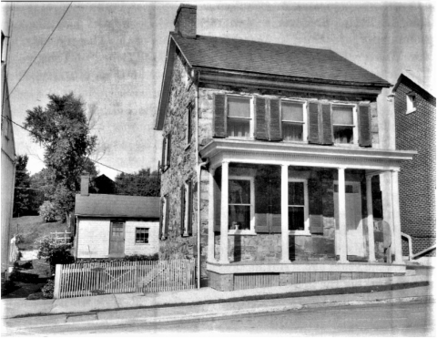