In 1859 Dr. Kennedy's home stood empty, which gave abolitionist John Brown the perfect opportunity for his plan that changed American history. John Brown under the name of Isaac Smith rented the Kennedy Farm to stage his raid on the Arsenal of Harpers Ferry. He had his sons and daughters there helping the men that were key components in his plan. It is said that run away slaves were kept in the attic or upstairs of the farmhouse. (Knowing how hot it was during our investigation, I really feel for these men.) On October 17, 1859 John Brown raided Harpers Ferry and was caught almost immediately. He was hanged in Charles Town, West Virginia on December 2, 1859.

The farm's history took a turn in 1950 when it was purchased by the Grand Lodge of the Improved Benevolent And Protective Order of the Elks of the World (Ibpoew) an African American organization. Several members of the organization were convinced they should be preserving the history of John Brown and his movement; making the push for the organization to purchase the property. The Elks went on to building a large facility and three small houses on the farm.

In 1959 in a push to help their cause of restoring the property and creating a memorial of John Brown, the Elks rented the building out to two men who wanted a large facility for a stop on the Chitlin Circuit. The Chitlin Circuit was a series of venues throughout the Southern and Eastern United States where black musicians and entertainers were able to perform. Many people came out to the small venue to see greats like Ray Charles, Tina Tuner, Chubby Checker, Aretha Franklin, Diana Ross, and the Drifters. A local remembers hundreds of cars, loud music and everyone dancing inside and out.

In 1966 the Elks sold the property and its path to restoration was able to be restarted in 1983 when Captain South Lynn and a few friends purchased the farm. His mission was to restore the cabin to when John Brown staged his raid and create a museum to share the history.

Today the Cabin and one small cottage have been restored with hopes that someday they can restore the Elks building. The history is being very well preserved which you can experience for yourself by contacting them to arrange a tour. www.johnbrown.org 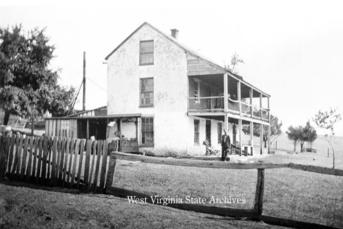 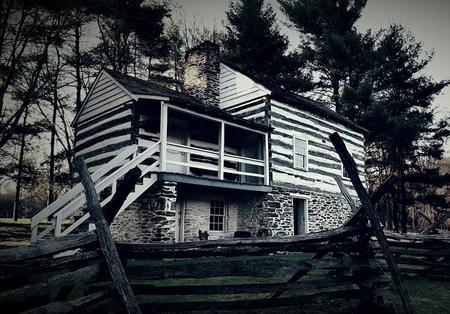 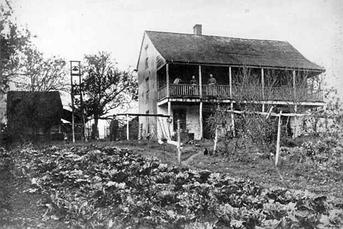 With an approximate date of 1794 Antietam Iron Works built a one room colliers cabin on the property now known as John Brown's Farm. In 1852, Dr. Robert Kennedy purchased the property which then consisted of 194 acres from the Antietam Iron Works. Dr. Kennedy then erected a one story stone foundation, upon which he hoisted the small one room cabin. To the east he built a 2 story section onto the stone foundation to complete his home.

Prior to investigating the location we were not aware of too much activity associated with the location. There were mentions of footsteps, disembodied voices, and shadows. A psychic that visited the property was said to leave in a rush and would not return.

Our experiences within the cabin or farmhouse were few. The first investigation yielded no experiences whatsoever and no data. Our second investigation at the cabin yielded footsteps and knocking. At one point it sounded as if someone opened the door into the two story section walked around for a few minutes and blew out two candles. It was said that no one entered that area while we were in there and we found out later that they had not extinguished the candles.

In the Chitlin/ Elks building we noted strange feelings and excellent flashlight responses. We believe one of the leaders of the Elks organization and his wife were there keeping an eye on things. There is also a strange otherworldly creature that has been seen by several of us. It does not have a human shape and crawls on all fours. We have noted that 3 individuals have experienced a rapid loss of energy and upset stomach from this creature in the Chitlin/ Elks Building and in the small cottage out back.

The small cottage has to be one of the most active locations without the normal activity data. We have not gotten any audio or video, nor any equipment manipulation. Three individuals two mediums and one sensitive was able to pin point a male in his mid 20's, short and swarthy that is very angry. He hides in the back bedroom and radiates anger if you attempt to "chase him out". The history as it is told a male hung himself from the paddle fan in the front room. During our last investigation two investigators experienced something dark falling from the ceiling between them. We believe it was the strange creature first seen in the Chitlin/ Elks building.